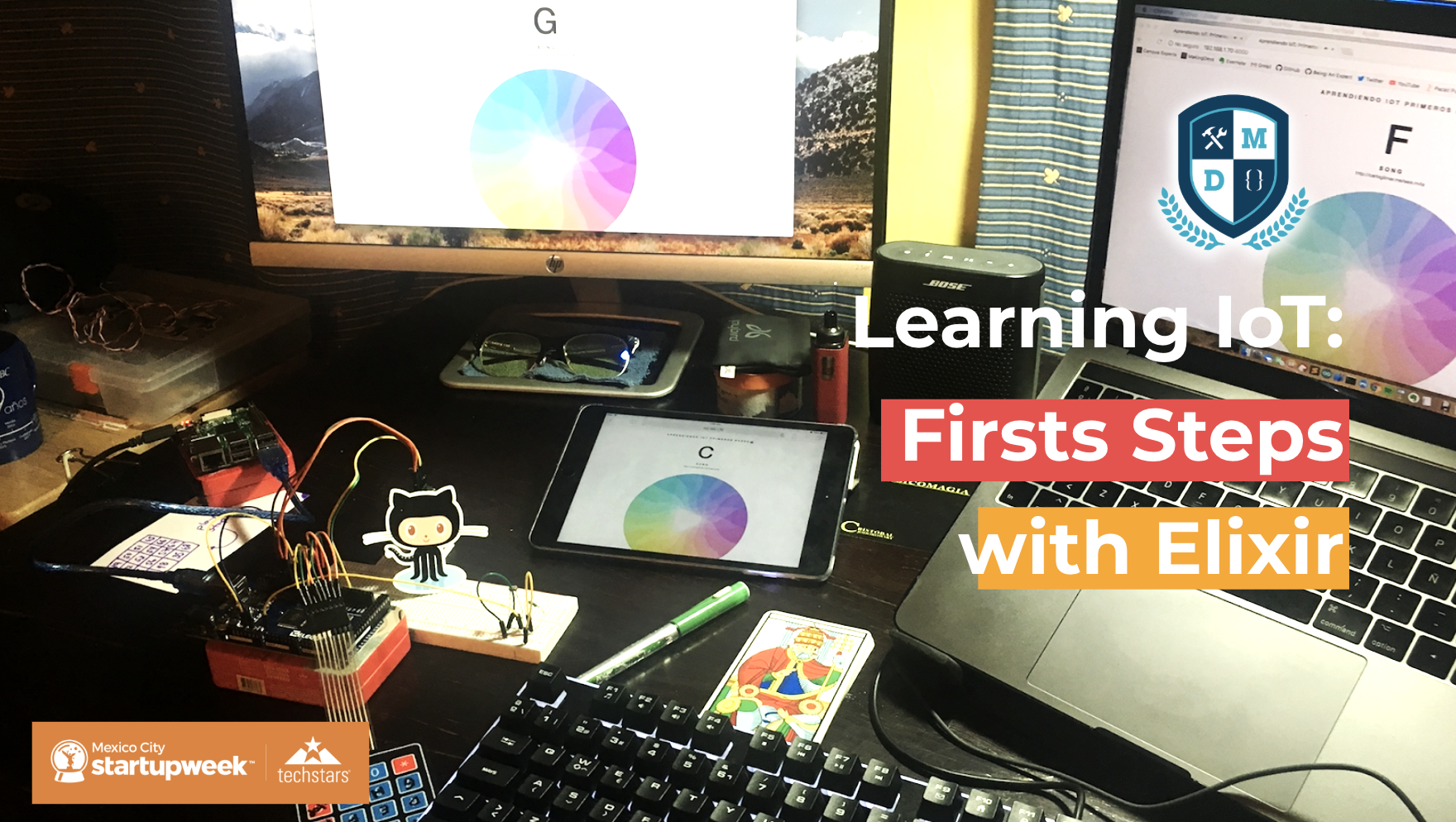 Recently I have the opportunity to give a conference in the Startup Week in Mexico City. So I decided talk about Internet of things, because I was learning this using an Arduino and a Raspberry Pi.

The project is create a simple web application for create distribuid music. I was inspired in the Launchpad App and the Smartphone Symphony.

I planned make this using Phoenix Framework, and connect an Arduino for play the music.

I use the arduino for built a circuit based on receipt and send signals using the serial port. This means that, for example, I send a message when I press a key from the membrane switch, or when the photo-resistance validate the light intensity.

And when the circuit receives a signal, they could do something: turn on leds, etc. I used the Arduino IDE for test this circuit, for send and receive signals.

Although the Raspberry Pi have a GPIO, I think that is more convenient use with the Arduino, because It has more usability (analog pins, more digital pins). The greatest part about Raspberry is that you could have an entire SO!

So I used the Raspbian SO for get a Linux SO. When you have a Linux you know that impossible is nothing.

I decided to choose elixir for programming over the Raspberry Pi because I was learning elixir, and this could be a great opportunity for improve my skills using an embedded systems.

Raspbian SO have a simple way to install elixir, although you will have the version 1.3 I used other package installer ASD for install the most recent version.

GenServer implementation for get a sound

The web app has planned for assign a different sound per user. For this I used the Channels for create sockets connections and I created a simple gen server for get the sound. 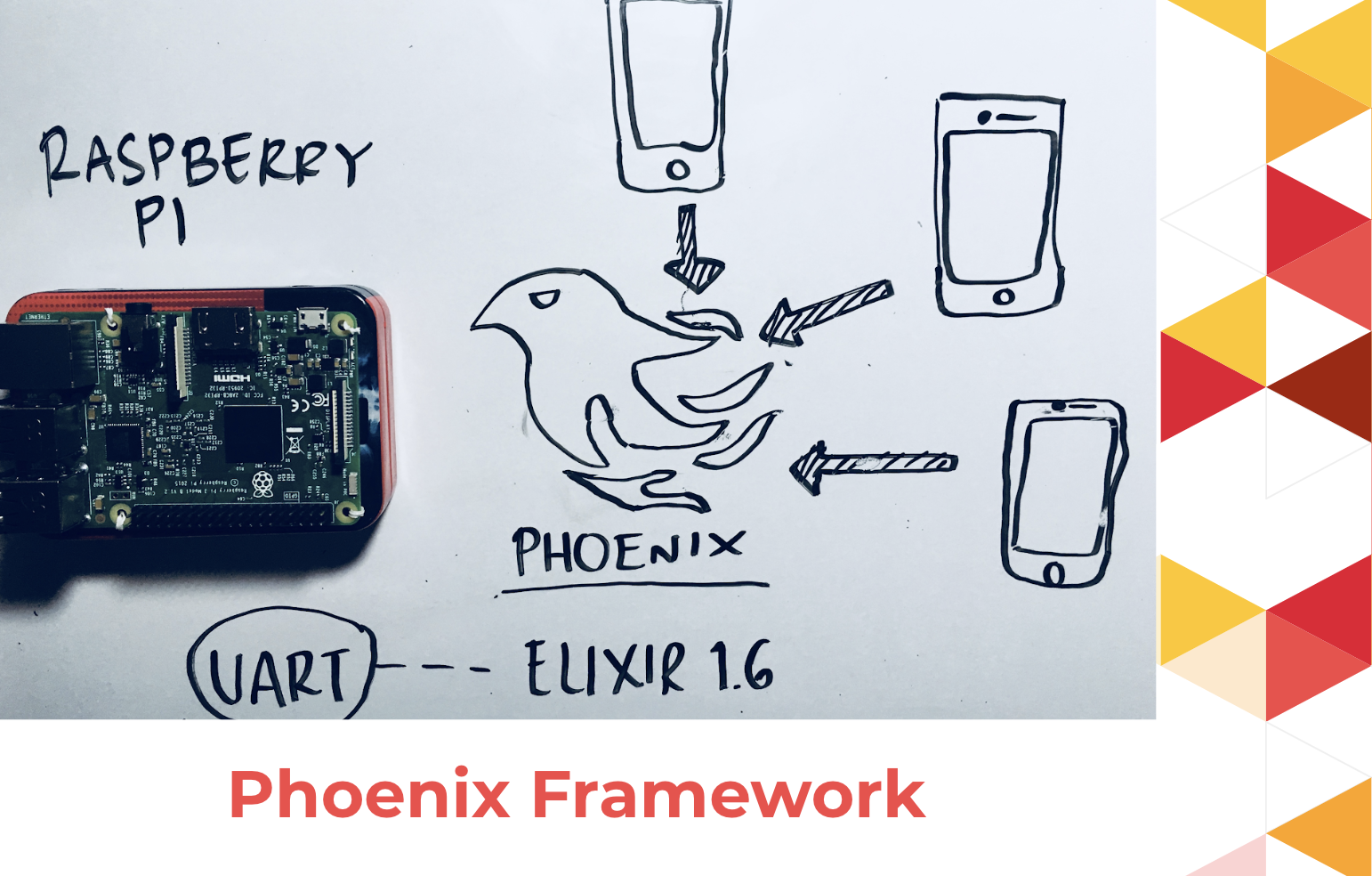 Getting a sound per user connected

I used the channels because It has a function handle_join when somebody create a new connection, so it’s easy identify this moment. 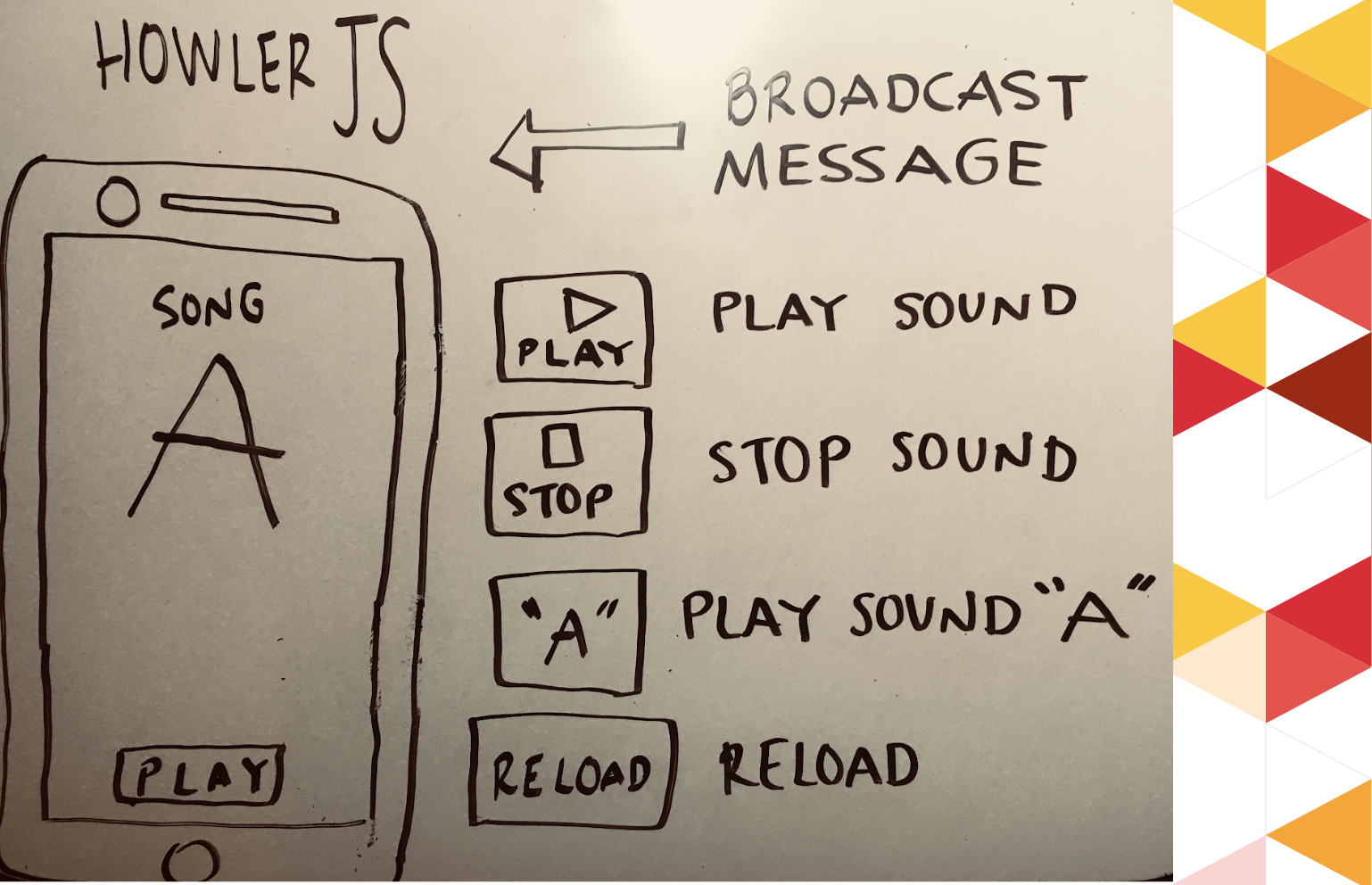 For play and stop music I implement the Howler JS library in the client side from Phoenix. When a user is getting connected, the app assign a sound.

Using the broadcast messaging I could send strings, and in the client side I play different actions:

NOTE: I have one trouble using Phoenix in the Raspberry Pi, that was installing Node JS.

Connect the Arduino and the Raspberry Pi: Nerves UART

So, at this point I have a simple circuit running on the Arduino, and a Phoenix Web App. The next step is connect both. For this purpose I used Nerves UART Projet.

For understand how it works, read the documentation is enough.

Nerves UART help to build the communication bridge between the arduino and the elixir app.

NOTE: I have some troubles connecting the arduino with my MacOS. So I tested it directly in the raspberry pi and It works.

So, the interesting part about this was implement the UART with the Phoenix app. For this I implemented a GenServer for get the port pidm.

I created a GenServer for get the pidm from the opened port, so in the init function I open the port and keep the port as the state. With this pidm I could send messages to this port using the UART write function.

Read the Serial Port with UART

The main idea is send messages, as strings, from the arduino to the phoenix app. For make this possible I had to read the serial port for receive the signals, and send as broadcast to every socket connection.

For this I created a loop function for read every second the serial port, and send the signal as broadcast to the channels.

With all of this I could connect everything and make the little demo. I built a simple device connecting all of this as a example of how IoT works. 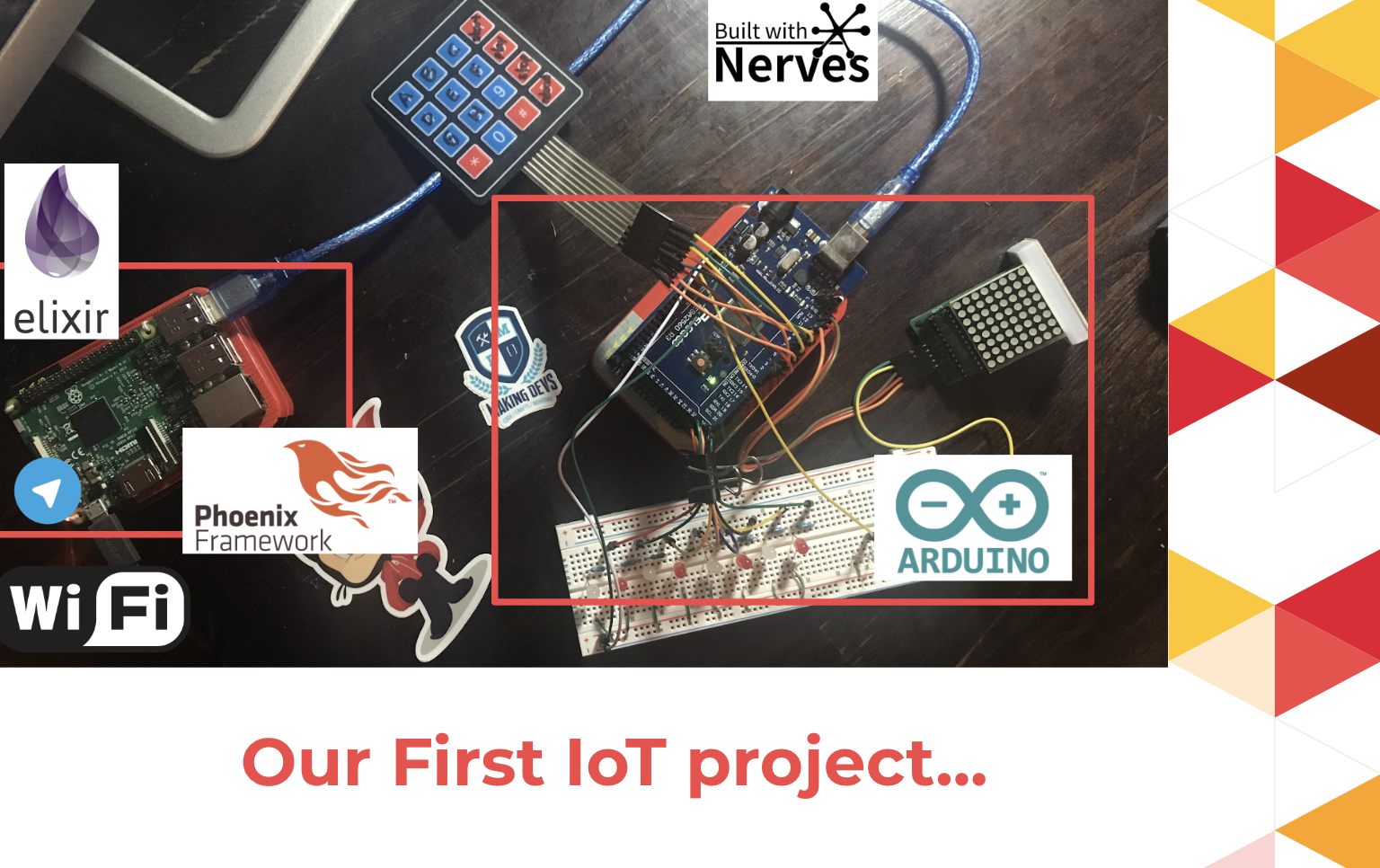 At the end of the day I want to use the Arduino for send signals to the web application built with Phoenix. Installing this framework in the Raspberry Pi is so great, because you could implement everything that you know, as an example, I connected Telegram as other device for send messages.

The web app is simple: create distribuited music melody based on 8 sounds from Launchpad.